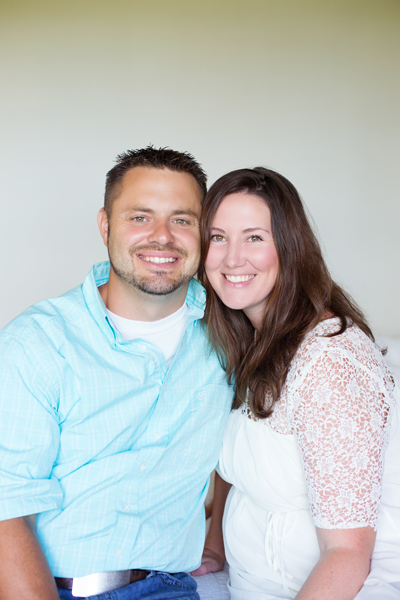 Simple, pretty things in my kitchen

I needed some “macro” therapy…I love this lens, and I love simple, pretty things!
Oh so adorable cherry tomatoes from my garden that the kids picked for me, homemade orange jello that we made with those extra oranges topped with fluffy TruWhip, my tiny sweet potato shoots and succulents on my kitchen window.

Filed in: All Personal Posts | Food | Personal | Photography | These are a few of my favorite things
no comments
comment

We are so excited to share this amazing transformation project and story!

My mom grew up in Hallettsville, Texas, and my family often took day-trips to visit the family farm. I loved those trips and as a child I fell in love with the ever present breezes on the gentle hilltops. My sister and I frequently said, “When we grow up we’re going to live in the country in Hallettsville!” The old house from my mother’s childhood was abandoned and had to be torn down when I was about 10 years old. I first took my husband, Mike, to visit our “farm” when we were dating. With no structures other than cattle pens on the property, it consisted of 120 acres with pasture for cattle grazing and a hill sloping down to a creek. After we married in 1983 we made many 4 hour round trip day-trips to the farm and occasionally camped in a tent on the hill. Our sons, Greg and Steven, loved fishing in the little creek. We often stated how nice it would be if we had a home on the property but never seriously made plans to build due to tight budgets and time filled with a blessed and busy family life.

In 2015 a 132 acre property 2 miles down the dirt road from our family farm was for sale. With several storage structures and a 1,235 square foot house situated on a hill and containing 3 bedrooms, 1 small bathroom, and front and back porches, it was a perfect weekend home and we purchased the property. We closed on the property in late March in the little town of Hallettsville and drove straight to the ranch. (To avoid confusion, the family land is referred to as the “farm”, and the newer property is the “ranch”.) We arrived to see cattle and a donkey grazing in pastures with bluebonnets in full bloom. Some years the bluebonnet showing is weak and others it is spectacular, but there is almost always a breeze and so we named our ranch Bluebonnet Breeze Ranch.

We went to the ranch every weekend and most holidays, and began attending church at the same Lutheran church that my mother had attended during her youth. After I retired from teaching and Mike transitioned his practice of dentistry closer to Lavaca County, he announced that he wanted to move permanently to the ranch. I thought, “Wow, I always said I wanted to live in the country in Hallettsville, and now I’m married to a man who had never heard of this place until he met me, but he can’t seem to get here fast enough!” That was the good news…the not so good news was that the one story pier and beam house, built in the 1940’s, had very little storage space, no laundry room, and one shower barely big enough to turn around in. Despite not having found a contractor to renovate and add additions to the ranch house, we sold our house in Magnolia, Texas, and moved in to my parent’s home in Tomball. When Mike gave me a 6 foot double slipper claw foot tub for my birthday, (we had never mentioned bathtubs in any way so it was definitely a surprise!), I began sketching plans for renovation and additions.

My house drawings began with and remained focused on 3 things: many windows to take in the views, the claw foot tub as a focal point in the master bathroom, and expanded porches with a gazebo on one end. With many suggestions from Mike, I designed a master bedroom and bathroom addition on one side of the house and a kitchen and laundry room addition on the other side. My plans allowed access to the new master suite by turning one of the 3 original bedrooms into a study with a pass thru to the new bedroom. I included 2 corner cabinets on either side of the tub to direct the eye to the tub and bay windows above it. Mike was adamant that we have a wood burning fireplace and wide brick steps leading off of the porches.

With plans drawn we continued our search for a contractor for several months with little luck. Then a friend gave me the name of a contractor in Shiner. I will forever be grateful to that friend, because that is how we met Josh Napiwocki of Napdesign. After Mike spoke with Josh on the phone he said, “I haven’t even met him, and he hasn’t seen our place but I think this is our guy!” Josh came to the house and spent several hours discussing our ideas. Within 2 weeks we hired him and 5 weeks later the 10 month project began. Josh said that if we wished to be involved in the actual work he had no objection, and so several times a week we began making the 4 hour round trip drive to deliver materials, discuss options, and assist in small ways with construction.

Mike wanted to do the major renovation on the existing bathroom himself. That was a bit scary to me as we had never built or remodeled before. Josh calmly assured me that with his input Mike and I could handle the bathroom renovation. He was right, although I must say it took us almost as long to complete the one bathroom as it took Josh to finish remodeling and adding on new parts to the whole house.

Using our initial plans in combination with many suggestions from Josh, we added about 1,200 square feet consisting of the master suite, a new kitchen with pantry, a half bath, and laundry room. Josh painted the bead board walls and tin ceiling in the original parts of the house, and used shiplap in the additions. The original house has 8 foot ceilings. It was not feasible to raise them, however Josh vaulted the ceilings in the additions and did a spectacular job of blending the old and new as well as creating storage and display spaces.  To increase storage space, the pantry and laundry rooms are spacious with high reaching shelves and cabinets. Josh removed the existing smaller porches and extended new porches across the front and back of the house, including a gazebo extension on the end of the front porch. Using stone we already had, saved on the cost of the stone fireplace and chimney. The original kitchen is now our eating area. We reused light fixtures and doors to save on costs and preserve originality in the house. The door to the new pantry came from a tiny closet in the former bedroom that is now a study. During construction several scriptures were written inside the walls by us and by Josh.

It was evident from the start that restoring older houses is a passion for Josh. We are so thankful to have had him for our home renovation because of his willingness to adapt plans during the process. He had so many creative ideas and suggestions, and he was very patient and accommodating as we made numerous changes along the way. He was always open and welcoming to revised plans! During the time of our home renovation Josh’s parents made two month long visits to Texas from their home in Wisconsin. His father, Gary, is also a home renovator and he and wife Beverly both worked on our home during their visits.  Each time I look up at the 14 foot gazebo ceiling I think of Gary, as he assisted Josh on a lot of the gazebo design and construction! Beverly stained the porch ceiling boards with linseed oil. Josh, his wife Angela, their 4 precious children, and Gary and Beverly, have become dear friends during this project. As I sit on the porch enjoying the breeze and the views while writing our story of Bluebonnet Breeze Ranch, I know that we truly have more blessings than we can count!

AFTER PHOTOS…Thank you Mike and Glenna for inviting me to photograph your beautiful finished home; your furnishings and decor are amazing!

Congrats to Serena and Ford, an amazing couple that said “I do” this weekend in Hallettsville! Serena, you are GORGEOUS!!! Ford’s tears seeing you walk towards him in the church was so touching! Ford, you clean up nice too…Josh and I can really tell you guys truly love each other! It was a beautiful day and a super fun reception, topped off with a SURPRISE from Serena to Ford…Orbit, the Houston Astros mascot!!! You guys, my cheeks were hurting from smiling and laughing the whole night, what a great entertainer and crowd! (And what a perfect way to go out with a bang for our last wedding on the books as I step back from the business!) I hope y’all enjoy this wedding day preview until the full gallery is ready and have fun soaking up the sun while I freeze my booty off up north!